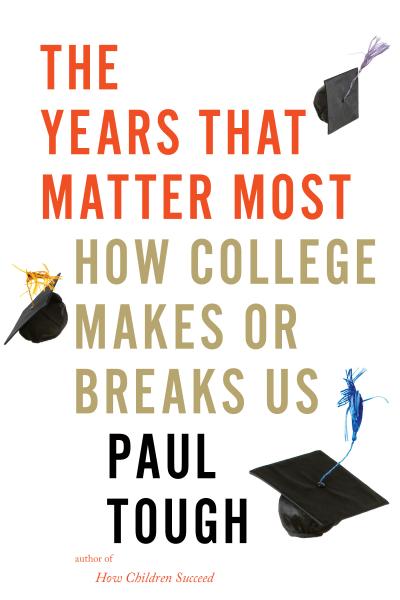 The Years that Matter Most by Paul Tough

Paul Tough, the New York Times best-selling author of How Children Succeed, returns to Portland with a powerful look at higher education. The Years That Matter Most considers how the American system of colleges and universities helps and hinders young people, especially low-income and first-generation students.

“Paul Tough’s daring The Years That Matter Most forces us to unfold the suffering built into the creases of American higher education. It refuses to let us forget about the bodies and lives of real students. It should be necessary reading for every student, professor, administrator, and trustee in this country interested in what radical revision looks like.”—Kiese Laymon, author of Heavy: An American Memoir

Paul Tough is the author of three previous books, including HOW CHILDREN SUCCEED: Grit, Curiosity, and the Hidden Power of Character, which has been translated into 27 languages and spent more than a year on the New York Times hardcover and paperback best-seller lists. Paul is a contributing writer to the New York Times Magazine, where he has written extensively about education, parenting, poverty, and politics. His journalism has also appeared in the New Yorker, The Atlantic, GQ, and Esquire; on the public-radio program The American Life; and on the op-ed page of the New York Times. He lives with his wife and two sons in Austin, Texas, and Montauk, New York.

The Years That Matter Most: How College Makes or Breaks Us (Hardcover)